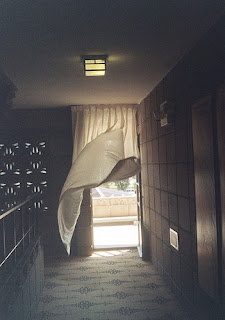 Much Madness is divinest Sense –


This popular poem is a gem, from word choice to line placement and to meter and rhyme. Dickinson's transition from the abstract to the political/sociological on a personal level leads to a surprisingly dystopic ending.

The poem can be read as two enjambed quatrains. The first makes the often-quoted claim that discerning people find great sense in what seems like madness to most people. As a logical corollary, they find what the majority finds sensible to be Madness.

What saves this reversal from being platitudinous is not only the intervening line with its multisyllabic 'discerning' but the adjectives. The Sense is 'divinest'; the Madness, 'starkest'. The contrast is as extreme as possible. Dickinson isn't saying how someone might be crazy like a fox, or how there is sometimes truth in folly. No, 'Much' of Madness is divinest sense; 'Much' of Sense is starkest madness. That is a strong indictment of the majority who get it all wrong but nonetheless 'prevail'.
It takes a 'discerning Eye' to recognize this madness/sense paradox. Poets are among our most discerning eyes, and Dickinson certainly put herself to the task. But there is real risk involved. In the second quatrain Dickinson says that if you oppose majority views, even by a simple demurral, you will end up in chains. These could easily be the prisoner's or the madman's chains, but could also be the invisible restraints on the madwoman in the attic – the dotty relative who is never allowed out.
Dickinson builds up to this dystopic vision through a variety of poetic techniques. Two sets of parallel constructions set up oppositions. In the first, 'Much Madness' is echoed and opposed by 'Much Sense'. Both are spondees, providing extra emphasis. 'Madness' and 'Sense' are presented in opposite order: the first line has Madness then Sense; the third, Sense, then Madness. The tightness of this construction is at odds with the wide disparity between the two – divinest Sense and starkest Madness. This tension and disparity contribute to the chilling outcome for to avoid being deemed a danger to society you must go along with what seems unmitigated folly.
This leads to the second set of parallel construction. While the parallel oppositions, Assent and Demur, seem much less drastic than the first stanza formulation, Dickinson's switch from the third person to the second makes the stakes personal. It is your ethics and courage she's talking about here. To be considered 'sane' by the majority you have to assent, or as the Dickinson Lexicon would have it, 'concede' or 'conform in practice'. If, one the other hand, you feel compelled to demur, you will pay a very stiff price.

Dickinson would have probably read many accounts of the horrors of Bedlam and other institutions where people were treated brutally. Sometimes their only offence was to have been inconvenient to family. A perfectly sane person could be forcibly restrained and hauled off to a lifetime commitment. Fortunately, by Dickinson's time there was a strong prison reform movement in the United States. Unfortunately, it was still very easy for someone to be forcibly commited for such reasons as 'Imaginary female trouble', 'Over action of the mind', 'Grief', and 'Hard study' (see illustration).

Some other nice poetic touches include Dickinson's use of alliteration and assonance. For 'D' alliteration there are divinest, discerning, Demur, dangerous, and handled. For 'M': Much Madness, Much, Madness, and Majority. There are plenty of smooth-sounding 'S' sounds, too: Madness, divinest, Sense, discerning, Sense, starkest, Madness, this, Assent, sane, and straightway. The last half of the poem is sprinkled with long 'A' sounds: prevail, sane, straightway, dangerous, and chain. All these repeated sounds help knit the poem together in one very cohesive – and damning – piece.

Or at least, happy Emily Dickinson's birthday to you, Readers! Go ponder the universe, send a flower to someone with a cryptic note, or gaze out the window to see what wonders might be found.

The Writer's Almanac has a special tribute to her today.
Posted by Susan Kornfeld at 8:13 AM 1 comment: