This abstract and lofty poem, sent to Susan Dickinson, builds to an epiphany granted only to a few. Dickinson provides nothing concrete or physical;  no metaphors or similes. Perhaps that is appropriate for a poem about the Soul. In the previous poem the Soul engages in desperate battle. Here, as if a correllating compensation, we see it in transcendance.
It is tempting to combine lines and read this poem as iambic pentameter rather than trimeter. The words and pace are stately, the ideas thoughtful and grand – qualities traditionally expressed in longer lines. Dickinson's choice of concise lines, however, not only accentuates the (sometimes subtle) rhymes, but encourages readers to lean into and inhale – if not quite comprehend– each phrase. There is much to contemplate here, negotiating such abstractions as 'infinite', 'Omnipotent', 'Eternity', and 'Immortality' with little to illuminate the esotericism

Dickinson begins the poem with a claim: the Soul's finest moments occur in the most rarefied solitude. Such solitude is achieved in two ways: either because everything mortal and physical withdraws into nothingness, or because the Soul ascends to some plane where nothing 'lower' than the Divine has meaningful existence. But whether it is the world that retracts or the soul that ascends, the Soul must some how shuffle off all its mortal coils. 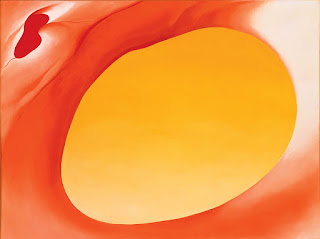 The third stanza is something of a tour de force of difficult abstractions that start with 'A': Abolition, Apparition, Autocratic Air. I used the Dickinson Lexicon as my guide. The first 'A', 'Abolition', most obviously refers to the mystical loss of one's physical self in a transcendent state. In 1863, however, 'Abolition' would also have conjured the Emancipation of slaves. In fact, the Lexicon's first meaning of 'Abolition' is 'Emancipation'. The quotidian life of the Soul is one caged in flesh, enslaved to the body. Superior instants, then, can only occur when that soul is freed.

In its freed, transcendent moments, the Soul becomes ethereal, as pure and pleasing – as fair – as a spirit being or angel, and subject only to the divinity permeating the heavens or, alternatively, to the Biblical God of whom Dickinson sometimes writes.
In this transcendental realm, Eternity grants revelations to "favorites – a few –" (Christine Miller chooses the Franklin B alternate, "To a Revering – Eye"), which might mean those few souls who have achieved "mortal Abolition", or else a subset within those few. The revelation is of Immortality's "Colossal substance" – a rather paradoxical concept heightened by contrast with the ethereal Soul depicted in earlier stanzas. It is a surprising epiphany as Immortality is more typically considered as a state; a manner of existence with no heft of its own.

Perhaps this poem reflects Dickinson's sense of poetic exaltation, her quest to pierce the veil. Perhaps it is her echo of such poets as Horace who had a very real sense of poetic immortality, as in his Ode 3.30, 23 BCE:


I have finished a monument more lasting than bronze
and higher than the royal structure of the pyramids,
which neither the destructive rain, nor wild Aquilo
is able to destroy, nor the countless
series of years and flight of ages.

Posted by Susan Kornfeld at 9:37 PM